We recently asked Verena Jolly from New Forest Equine Vets if she would write a testimonial about a case she successfully treated using AW5 cream, below is what she had to say: 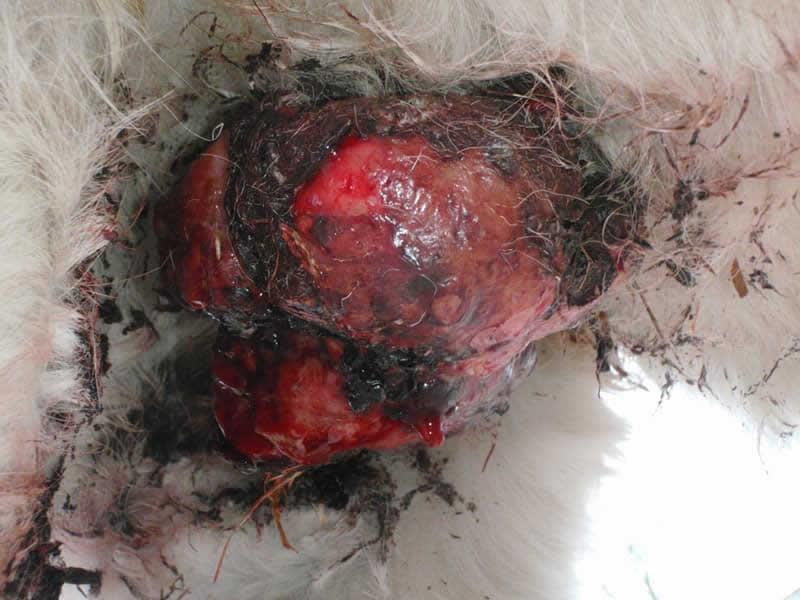 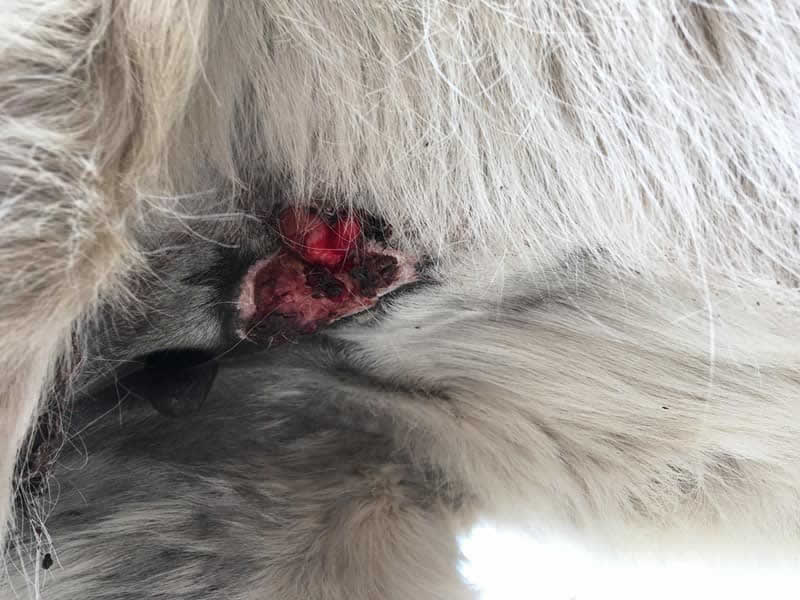 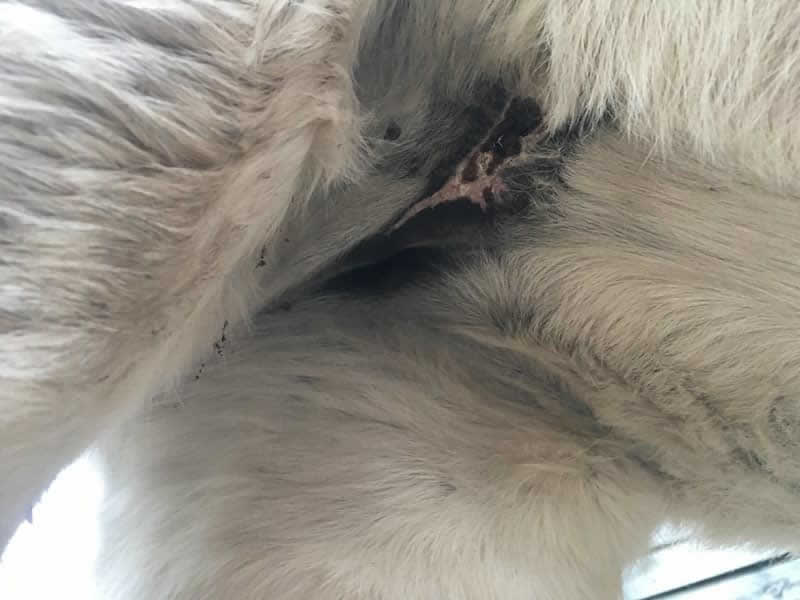 ‘April is a 7year old donkey who presented in January 2019 when her elderly owners found her hindlegs to be heavily blood-stained, whereupon they found a large mass in her groin.

She had numerous fibroblastic sarcoids occupying the whole of her groin region, originating from the mammary glands and ultimately leading to the complete destruction of one teat.

There were 4 separate masses that were partially coalesced such that margins were difficult to define. Each was between the size of an orange and a grapefruit; this was the largest area of sarcoid tissue I had seen during my career.

The case was referred to Derek Knottenbelt via the online referral system and different approaches to treatment were considered.

One option would have been a general anaesthetic and extensive surgery to remove the whole of the mammary glands. The preferred approach was to treat with AW5 creams.

Treatment was started with bandage ligation of several lesions using cream in the ligatures as well as topically onto the tumours. New lesions appeared and grew fast during treatment. April had 4 rounds of treatment over 5 months.

This was a challenging time for her owners who were very upset but completely dedicated to resolving her cancer. April tolerated the treatment exceptionally well.

She had a mild systemic inflammatory reaction following the penultimate treatment, 5 months in, but this resolved uneventfully, and the owners continued to report ongoing improvement in the size of the lesions.

April was not examined for a few months due to the clients’ personal circumstances, but she updated me by telephone. When I attended to vaccinate her in Autumn, I could not have been more impressed by the results and the final cosmetic outcome (not that this was of importance).

April has just a small amount of scarring, no new lesions have developed, and we are all delighted with the results.

Derek assisted us throughout the treatment, not just clinically, but providing moral support and encouragement to the clients. The service provided by him and his team is always excellent. The online portal is easy to use, we receive prompt treatment protocols, he promptly reviews follow-up submissions and provides feedback on case progression, and gives his time to discuss cases when lesions do not respond as expected or we have other queries at any stage of investigation or treatment.
Thank you for your guidance in reaching such a successful outcome for this donkey.’

Also included above are some images from throughout the progress of treatment, one from the initial referral and then one during treatment and finally one from when treatment had finished and the sarcoid had been resolved.

Thank you, Verena, for taking the time to write these kind words and for all your hard work treating this case!